Sugar: How Sweet Poison Lurked in Our Food?

Sugar has become a staple of the American diet and is present in almost everything we eat. Despite popular misconceptions, some calories are worse for us than others, and sugar has been dishonestly promoted as healthy. Excessive sugar consumption can lead to insulin resistance and contribute to the development of diabetes. The dangers of sugar consumption should serve as a warning to us all. 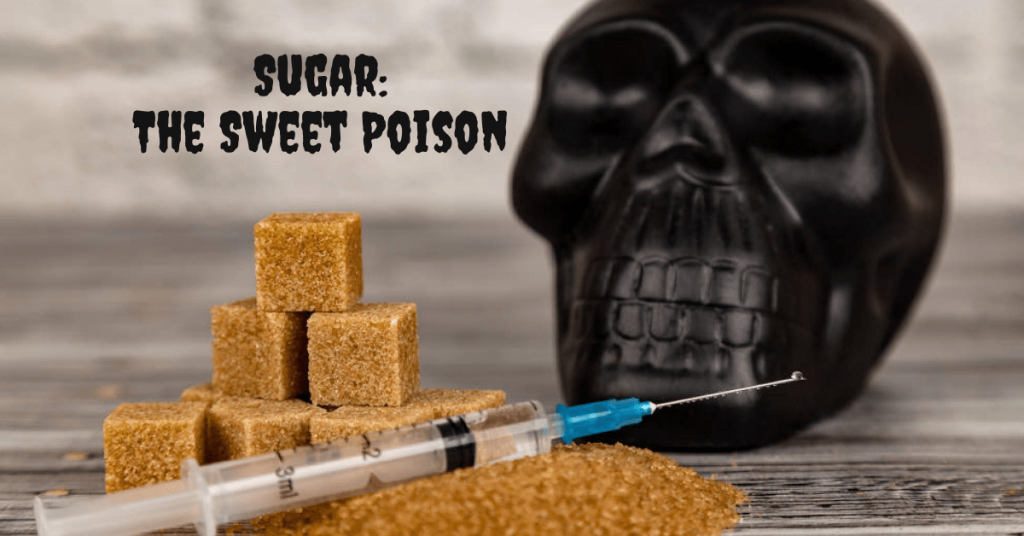 Sugar is a type of carbohydrate which is available naturally in foods we eat and artificially added to sweets or other processed foods. Sugar is widely used in many processed and packaged foods, including snack foods, condiments, and microwaveable meals. (1)

In the past, sugar was considered a luxury only accessible to the wealthy and powerful. However, it has become more widely available in many foods. This has led to a situation where sugar is practically unavoidable in our diets, and many people consume more sugar than is healthy for them.

This excess sugar consumption negatively affects our health, such as weight gain and an increased risk of chronic diseases. So, be aware of the amount of sugar in our foods and limit our consumption of sugary foods.

1. Sugar Was a Luxury

Sugar was considered a luxury a few decades back. It was only accessible to the wealthy and powerful and was often traded among royalty as a gift.

Sugar has a long history linked back to the island of New Guinea. The natives there were the first to cultivate sugarcane and use it to produce sugar. Over time, sugarcane cultivation spread to other regions, but harvesting sugarcane was costly and time-consuming.

Additionally, sugarcane plants can only grow in warm, tropical climates, which makes exporting sugar difficult and expensive. As a result, sugar was only accessible to the wealthiest people and was often traded as a luxury item among royalty.

However, the desire for more affordable sugar led to the development of new production methods, making sugar more widely available.

As mass production of sugar became possible, it quickly became an essential part of the American diet.

The discovery that sugar beets could be used to produce sugar, combined with technological advancements such as the steam engine, led to a significant increase in sugar production. This allowed sugar to be mass-produced in factories much faster than before.

One well-known example of the widespread use of sugar is the invention of Coca-Cola in 1895. The original formula for this drink included refined sugar, and over the years, soda has become a popular and widely consumed sugary beverage. The increased availability and affordability of sugar played a significant role in the development of Coca-Cola and the popularity of soda.

3. Not All Calories Are Equal

Despite common misconceptions, not all calories are equal – some can be worse for your health than others.

It is essential to focus on the number of calories we consume and the quality of those calories. The belief that all calories are equal is false and can be dangerous. Advances in nutritional science have shown that the body responds differently to foods high in carbohydrates or sugar.

Our blood sugar levels rise when we consume these foods, which triggers insulin production. Unlike most other hormones, insulin does not burn or extract energy from fat cells but instead causes more fat to be stored. This can lead to weight gain and other adverse health effects.

Limiting our intake of sugary foods and drinks can help prevent weight gain and other adverse health effects. The sugar industry has, at times, taken advantage of these misconceptions by promoting their products as low in calories, even if they contain high amounts of sugar. This can encourage people to consume sugary foods without concern for their health.

Obesity is caused by high-calorie intake and the consumption of poor-quality calories that result in increased fat storage. We should consider the quality of the calories, not just the quantity.

Sugar has been dishonestly marketed as healthy, and competition in the industry has been stifled.

The campaign included messages suggesting that sugar can improve the immune system and revitalize the body. This successful campaign contributed to a significant increase in sugar consumption in the United States.

The American diet changed dramatically in the middle of the 20th century, and obesity rates rose. This was also when the belief that all calories are equal became widespread. With this belief, there was little motivation to cut sugar from the diet. Instead, people focused on cutting out “bad-tasting” calories rather than cutting out sugar.

The popularity of sugar substitutes grew in the 1960s, which led to competition in the sugar industry. In response, the sugar industry argued that artificial sweeteners like saccharin and cyclamate were cancer-causing agents and lobbied the Food and Drug Administration to ban them.

As a result, cyclamate was banned, even though it would take an extremely high amount of cyclamate to be dangerous. The sugar industry’s efforts to remove the competition from the market were successful.

5. They Hide the Dangers of Sugar

The dangers of excessive sugar consumption have been hidden from us, while the risks of fatty foods have been exaggerated.

The popular misconception is that heart disease is directly linked to saturated fat consumption. However, this is not necessarily true. In the 20th century, as heart disease diagnoses increased, the medical community sought answers.

A scientist named Ancel Keys suggested that heart disease was linked to consuming fatty foods. This theory gained acceptance because it made sense, but it is important to note that Keys’ research was funded by the sugar industry, and was also the creator of a sugary food packet called K-Rations. This creates a potential conflict of interest and raises questions about his motivations.

Throughout the 1970s and 1980s, fat was considered the main contributor to heart disease. The sugar industry ridiculed anyone who suggested that sugar was the culprit. However, the evidence against sugar was mounting. As sugar consumption increased, so did obesity, diabetes, and high blood pressure.

It became clear to many scientists that sugar was the primary cause of these health problems and that fat was not as bad as previously thought. Having a high-fat diet did not necessarily mean that a person was unhealthy. Instead, the disease was increasingly being linked to sugary diets.

Consuming too much sugar can lead to insulin resistance, increasing the risk of developing diabetes.

When people consume sugary foods or drinks, their bodies must regulate the increase in blood sugar levels. The pancreas produces insulin, which helps to use the glucose by either burning it for energy or storing it as fat for later.

Studies have shown a strong link between sugar consumption and insulin resistance. However, when a person develops insulin resistance, their body cannot effectively regulate blood sugar levels. This can lead to several health problems, including diabetes.

In addition to diabetes, insulin resistance can lead to metabolic syndrome, a few conditions that increase the risk of heart-related diseases and other health problems. Consuming too much sugar also contributes to weight gain and obesity.

Insulin resistance can lead to several health problems, including metabolic syndrome, a group of conditions that occur together and increase the risk of heart-related diseases, diabetes, and other health problems.

One of the main symptoms of metabolic syndrome is weight gain around the midsection caused by several factors, including obesity, high blood pressure, and inflammation. All of these factors are linked to the consumption of too much sugar.

Consuming high levels of sugar can contribute to obesity and high blood pressure, which can, in turn, lead to inflammation and the development of metabolic syndrome.

7. Should be a Warning

The health problems associated with excessive sugar consumption Should be a warning to us all.

The island of Tokelau, located off the coast of New Zealand, provides a clear example of the adverse effects of sugar on health. A study on the island found that 38% of the population had been diagnosed with diabetes. This was a new problem for the island and was attributed to a change in diet.

Previously, the people of Tokelau ate a diet mainly consisting of fish, coconut, pork, chicken, and breadfruit, with only 2% of their calories coming from sugar.

However, in the 1980s, they gained access to sugary foods from New Zealand and began to experience weight gain, diabetes, and other health problems. This demonstrates that sugar is not like additional calories and can harm health.

Limiting sugar intake to maintain a healthy lifestyle and reduce the risk of developing health problems is essential. Studies have also shown that people with insulin resistance, often caused by excessive sugar consumption, are at an increased risk of developing cancer.

A study in Scotland found that people with diabetes treated with medication to regulate insulin levels and reduce resistance were less likely to develop cancer. Sugar is hard to resist, but a healthy lifestyle demands limiting our sugar intake.

Sugar is significantly linked to various diseases, including cancer, and doctors have long warned against its consumption. However, the sugar industry has tried to downplay the risks of sugar for many years.

People should consider cutting sugar out of their lives. It may not be easy at first, but once people start reducing their sugar intake, they may realize that they don’t need it as much as they thought.

Disclaimer: The content provided on the site is for informational purposes only and does not substitute for diagnosing, mitigating, treating, curing, or preventing any disease or professional medical advice. We are not liable for risks or issues associated with using or acting upon the information on this site. Please consult a medical professional or healthcare provider for any medical advice, diagnoses, or treatment. 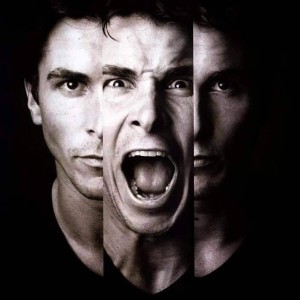 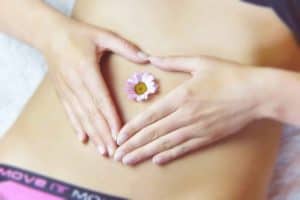 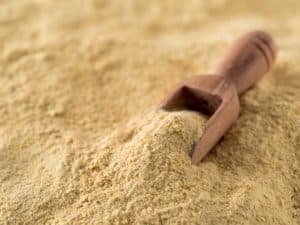 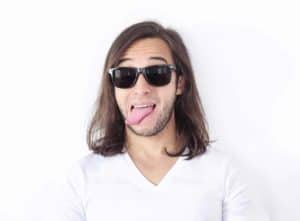 10 ways to look cooler than other dudes! 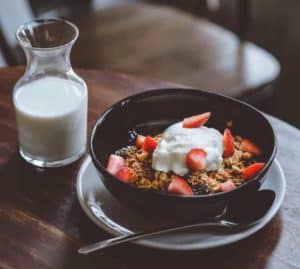